World Oceans Day: behind the “Seaspiracy” 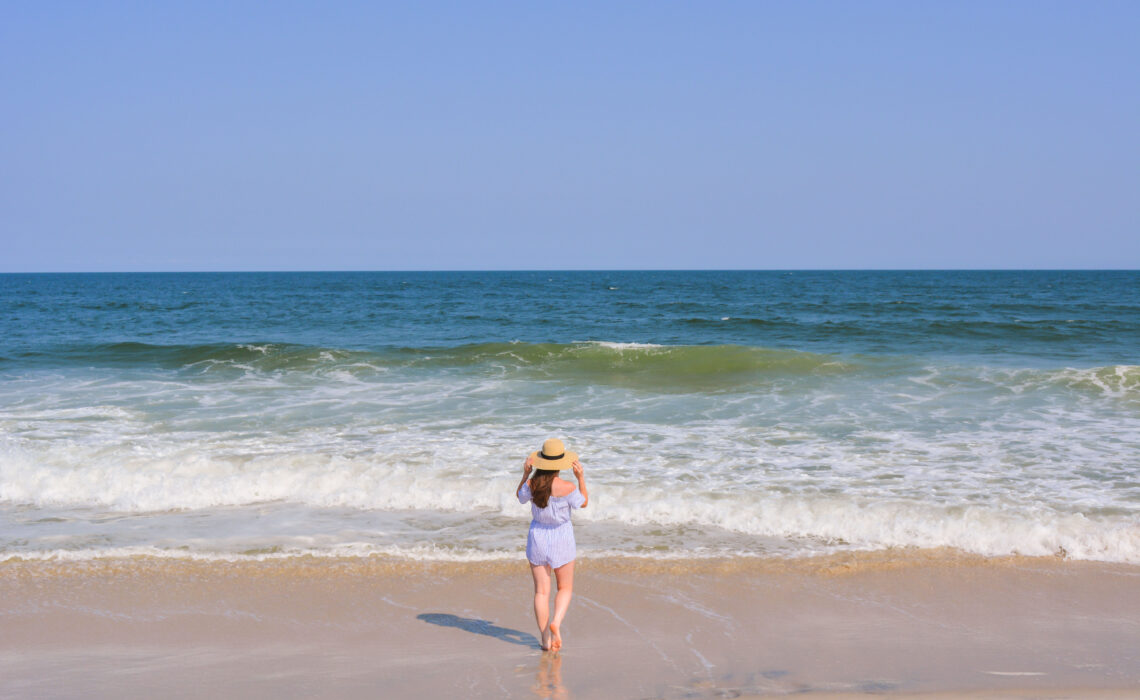 When Seaspiracy, the documentary about the impact of commercial fishing, first launched on Netflix I had dozens of people telling me not to watch it, “it will ruin seafood,” they said. All that did was convince me to watch it! If a 90-minute documentary can draw such a strong emotion, it’s obviously worth my time. We weren’t even halfway through before Rich turned to me and said ‘we’re never having seafood again’ quickly followed by ‘I already miss sushi’! I promised you then I’d share my thoughts on the documentary, but I wanted to gather my thoughts and most importantly, see if it did in fact cause us to change our habits. But, first, let’s take a step back and look at the ocean more broadly because oceans are vital to us as human beings: they’re responsible for most of the oxygen we breathe and for regulating climate and weather patterns.

What is World Oceans Day?

World Oceans Day is held on the 8 June each year. It’s a day to celebrate our personal connection to the sea, as well as to raise awareness about the crucial role the ocean plays in our lives and the important ways people can help protect it. You don’t need to live near the shoreline to have the ocean play a major role in your everyday life.

Why do we need to protect the ocean?

Oceans cover over 70% of the Earth’s surface, contain 97% of the Earth’s water, and represent 99% of the living space on the planet by volume.* It’s also key to the global economy: an estimated 40 million people will be employed by ocean-based industries like offshore wind energy, fishing and shipping by 2030. And together, these industries comprise roughly 3.5% to 7% of global gross domestic product**.

Learn more about the blue economy on FundCalibre.

Diminishing biodiversity in our oceans is the single greatest threat to the survival of humanity. Biodiversity, in a nutshell, is all life on Earth: bacteria to bears, plants to people – the range of life is incredible. The oceans contain somewhere between 500,000 and 10 million marine species according to the UN. However, by 2100 more than half of the world’s marine species may be on the brink of extinction. Unless we make significant changes. Changes broader than simply stopping the consumption of seafood.

Climate change is of course a direct pressure on global biodiversity but there are other factors as well, such as habitat stress (unsustainable use/overexploitation) and pollution. The Seaspiracy documentary focused on one specific area of the problem: commercial overexploitation of resources. It also, at times, made light of the plastics problem in the oceans to help illustrate the ‘wow factor’ when discussing overfishing which I thought was harmful, so before I leave you with my views on the documentary, a quick look at plastics.

Plastics in a post-pandemic world

The pandemic has escalated the plastics problem globally. The UN predicts that around 75% of the used masks, as well as other pandemic-related waste, will end up in landfills, or floating in the seas.

The truth is, plastic is everywhere – it’s found in cars, phones, toys, clothes, medical devices and of course packaging. It’s cotton swabs, cigarette butts, takeaway containers, toothpaste, tampons. I would go as far as to argue plastic is the most important material in our economy and because it’s in (almost) every product we use and consume, it ends up everywhere too: oceans, beaches, landfills, etc.

Despite our best efforts at reduce, reuse and recycle, there is simply no efficient way to dispose of plastics and, ultimately, they’ll enter our ecosystems as microplastics. We consume these microplastics through the water we drink and the shellfish we eat. According to a study from WWF International, we may be ingesting five grams of plastic a week, or the equivalent of eating a credit card!^ That alone should make you reconsider the amount of seafood you’re eating. Almost every scientist and environmentalist would agree that plastic pollution is a huge problem for our oceans, especially these microplastics, so to see it underplayed in the documentary for the sake of narrative was disappointing.

Seaspiracy: an unbalanced perspective but a good start

Immediately after finishing the documentary, I sat in an almost shock and awe mentality for a few minutes. Some parts I knew I loved instantly, others had me aggressively shaking my head (see above microplastics comment), but it wasn’t until a few weeks later that I had actually composed my thoughts. Seaspircy is a stomach-churning look at the commercial fishing industry, however, it did exactly what it set out to do we’ve not eaten seafood in 2 months because of the documentary. But it was met with controversy and for good reason. How the director made it through the entire film without mentioning climate change as a major threat to marine life is beyond me.

I truly believe that these types of documentaries are important, if for no other reason than to start a conversation, but they should never be the only source of information or evidence when discussing such complex issues. For example, one claim made was that the ocean will be empty of fish by 2048. This statistic was originally from 2006 and more recent research, led by UC Santa Barbara economist Christopher Costello, projected that at worst 10% to 20% of fish stocks will be sustainably managed by 2050, and that a majority of stocks could be sustainable by 2050 if recent management successes in places like New Zealand, Iceland, and the Western United States are replicated elsewhere. Sustainable fishing is possible, despite what Seaspiracy will have you to believe.

Fixating on one small part of a puzzle isn’t the answer. To make real, long-term changes we need to see and understand the whole picture. We as individual consumers need to find small, sustainable changes in our day to day towards a better future.

Unpopular opinion: a blanket ban on eating fish is not the answer

Despite cutting out fish and seafood from our diet, I don’t think it’s “the answer” and it’s certainly not the answer for everyone. Over a billion people rely on seafood for protein, largely in undeveloped countries, where not eating fish isn’t an option. Misinformation about fisheries is also damaging to millions of peoples, as mentioned above, whose livelihoods rely on oceans.

We made the choice to stop eating seafood because we have the luxury to do so. The UK has a wide range of non-animal and non-marine food products to choose from on a daily basis. We’re actively on the road to a vegan diet and this is one more small step in the right direction. The book ‘The 5am Club’ highlights that if you get 1% better each day for one year, you’ll end up 37 times better by the time you’re done. Small actions and choices do add up and it’s exactly this mentality we’ve taken when choosing to cut out red meat and now seafood. Change is possible and it doesn’t have to happen overnight, in fact, it won’t, so educate yourself on the issues and make small actionable steps every day towards a better, more sustainable future.

Food
Veganism: a choice of ethics, diet or necessity?
Money
What you need to know about the psychology of money
Wellness
Why I enjoyed lockdown & am anxious about reopening
Close