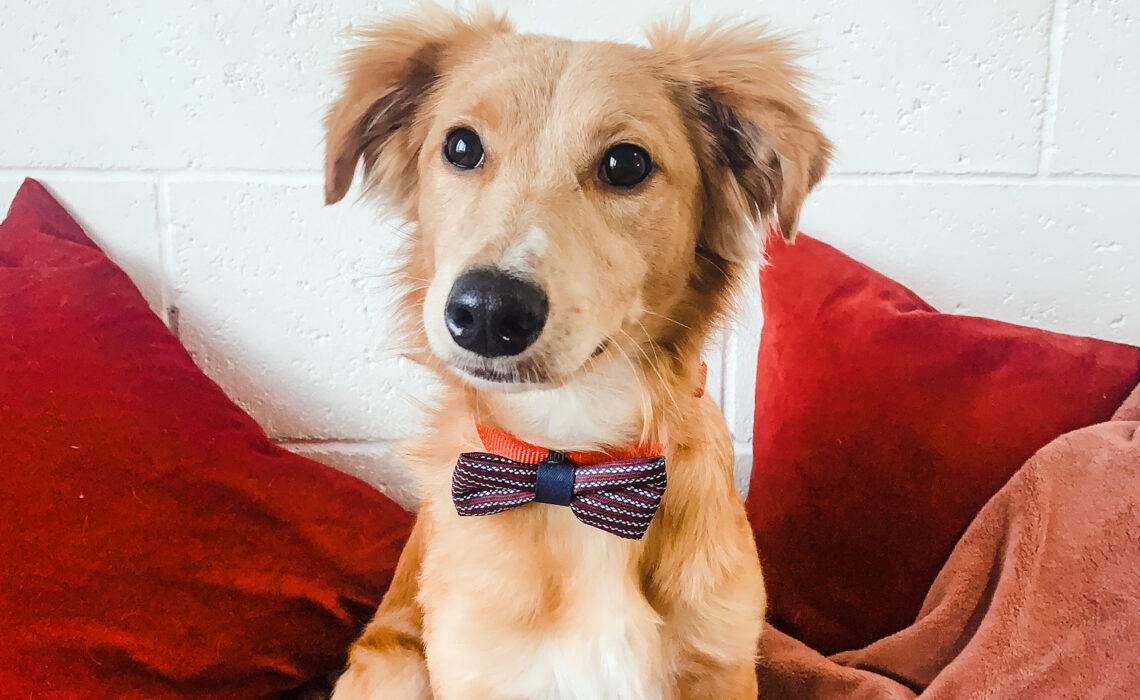 I think the normal thing to do after your first foster experience is to have a break. Decompress perhaps, but when have we ever done anything normal?! When Wild at Heart Foundation reached out to us a few days later with photos of Vincent we couldn’t say no. Just look at his face!

So once again we drove to meet our new foster baby and had an ever so romantic date at a service station. (I won at Uno, in case you were wondering). Things with Vincent got off to a slow start. He was not a fan of Kendall or anything that moved. Outside was a no-go zone. A boiling kettle made him quiver with fear. The only thing that made him comfortable? Me. I was his number one resource to guard. It was clear from the first week that Vincent was very different from Velvet. But just as we learned his habits, he learned ours.

As we put up our Christmas tree it was clear Vincent was going to be around for the holidays. Our family welcomed him with open arms and he had no short of a dozen presents under the tree! Of course, unwrapping them was scary, but playing with his newfound toys was priceless. But the best gift of all? He went to the bathroom outside – for the first time in 3 weeks! 2020 had a promising start.

Even as we took down our Christmas decorations, Vincent was still there and he sadly didn’t seem to have much interest. I started to enjoy my lap dog cuddles. If any dog was close to a foster fail, it was Vincent. His cute little fluffy ears, his little nub tail that caused his whole butt to wiggle when he was happy. As weeks passed to months I couldn’t imagine our home without Vincent and then we got the message…Vincent had a potential adopter.

Vincent had learned so much: how to walk outside; the art of tug of war; the joy of morning cuddles. He deserved a family of his own. Once again, we sadly but eagerly passed Vincent to his new family.

After Velvet, we started a new tradition to keep the sad feelings away – champagne! Instead of making it a sad day of goodbyes, we celebrate instead with a toast to their new life!

What I learned from Vincent

Patience is key. Vincent was my first time dealing with a scare dog and it was no joke. Progress was slow, it took weeks for even the smallest victories, but it made them so much sweeter. Seeing extreme progress in a dog to then hand them to someone else feeling you’ve done “the hard work” is difficult. It’s a difficult feeling to combat and it tests your patience, but it’s worth it. Every second was still worth it. And I’d do it again.