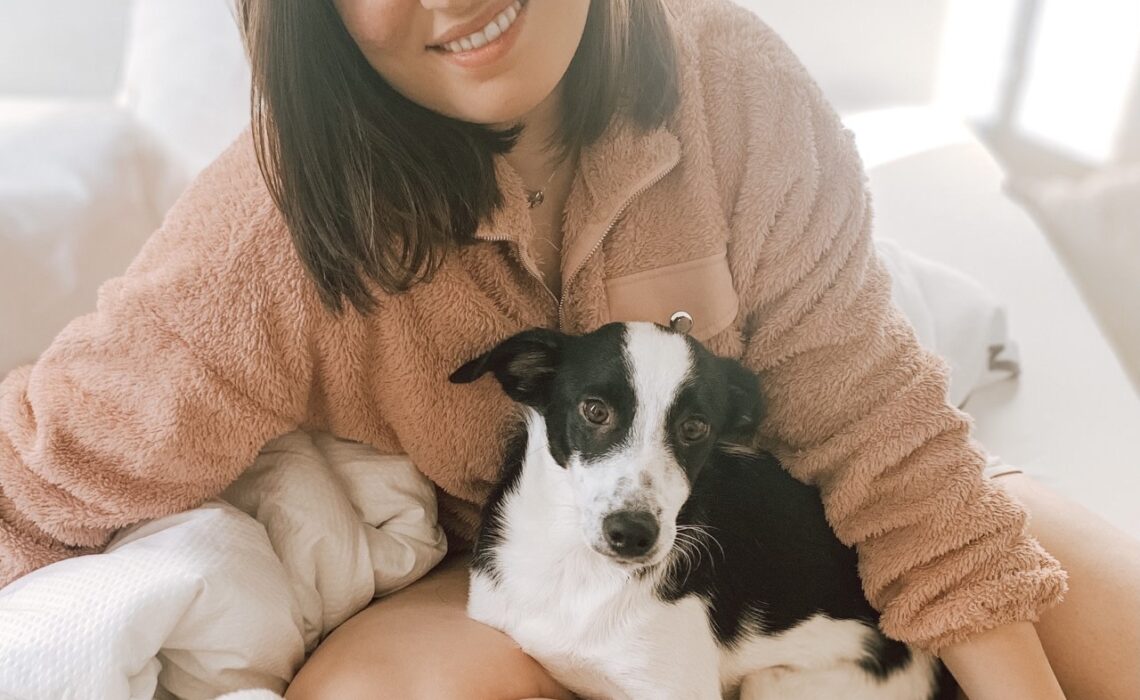 Hector was our shortest lodger, not because he was particularly easy to rehome but because Seeley was due to arrive in just a few weeks when Wild at Heart reached out about fostering. We, of course, said yes but with the understanding that he’d have to move on to another foster home before Seeley arrived. This meant little Hector was only with us for 2 weeks but he was my shadow. He sat in on every Zoom meeting from my lap and jumped at every noise – boiling the kettle was very traumatic.

What can I say about Hector? He was a perfect little gentleman. Scared? Yes. Timid? Absolutely. Cautious? You bet. But he was also loving, quizzical and loyal.

We initially thought that having him for such a short time might make it easier to say goodbye and hand him over, but it was the opposite. I felt like we weren’t done, he was still scared of his own shadow. He didn’t like going outside and was fearful of people. It felt like we had let him down – like we didn’t help him as much as the others. We had simply given him a roof. But what I realised is sometimes that’s enough. Sometimes it’s just a loving home, a bed of your own and a cuddle on the lap. Every dog moves at its own pace and for Hector, it meant that in 2 weeks we didn’t see a lot of progress but where he is now a year later is incredible. He’s a true testament to patience and all the credit to his owners who’ve done an incredible job with him. He’s got such an energy, a cheeky side, enjoys being outside and then some. He’s a whole new Hector and we couldn’t be prouder.