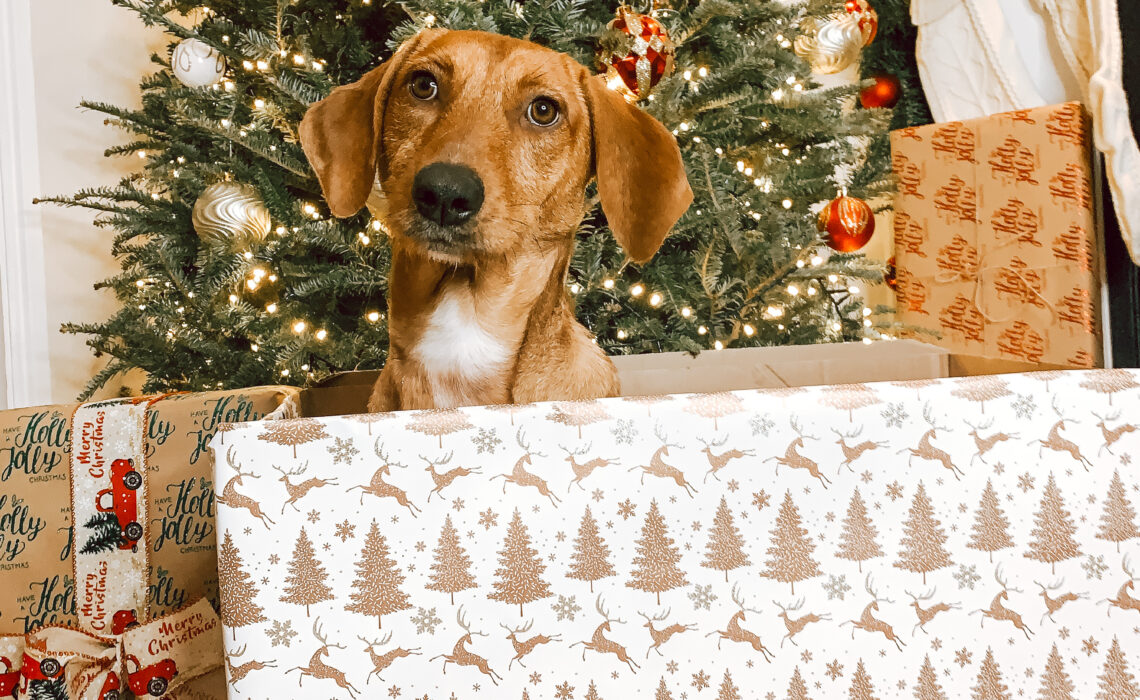 Cinnamon was brought to Wild at Heart Foundation’s partner shelter in Greece after being found as a stray. She was an extremely shy girl and it was clear it wasn’t an easy start for her. One thing was clear from the beginning, Cinnamon LOVES other dogs. That’s where we came in.

Cinnamon was going to be Seeley’s first test at being a foster brother so it was a good idea to start with a dog we knew liked other dogs already. Seeley brought out her true colours: a happy and confident pup. When she wasn’t wrestling with Seeley, she was curled up in someone’s lap. She was also our second Christmas foster puppy.

A foster for Christmas means presents! After being so happy with Seeley’s Wisdom Panel results, we ordered Cinnamon a basic kit from Amazon to compare the outcome to Seeley’s. (Spoiler alert: invest in the new version). Cinnamon’s breed profile was 1/8th Golden Retriever, Poodle, Yorkshire Terrier and the remaining 5/8th came back as ‘Breed Groups’ and no more specifics. A bit disappointing but still something for her new owners.

Cinnamon was a brilliant first foster to have with Seeley because she adored him. Not only did they play together but they snuggled and loved each other. Cinnamon was a pack animal. And then we found her the perfect home: not only would there be a playmate (now two!) but fields and fields to play through with her new siblings.

Another successful story with a happy ending for not only Cinnamon and her new family but for us, because it meant we were back in fostering game!